ApiNATOMY is a web-based tool for building and visualizing multiscale models of molecular interactions within a standardized anatomical framework to facilitate drug discovery. 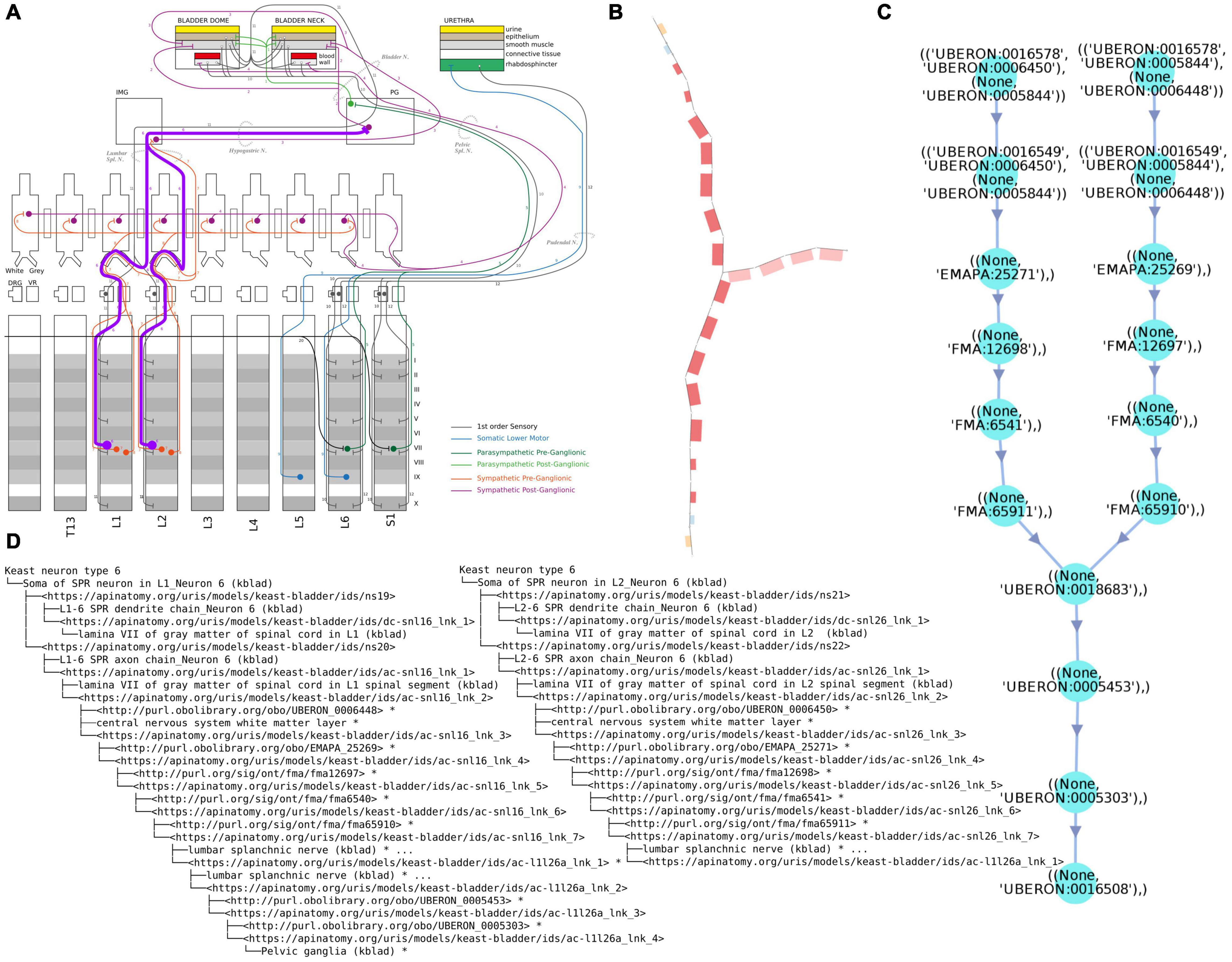 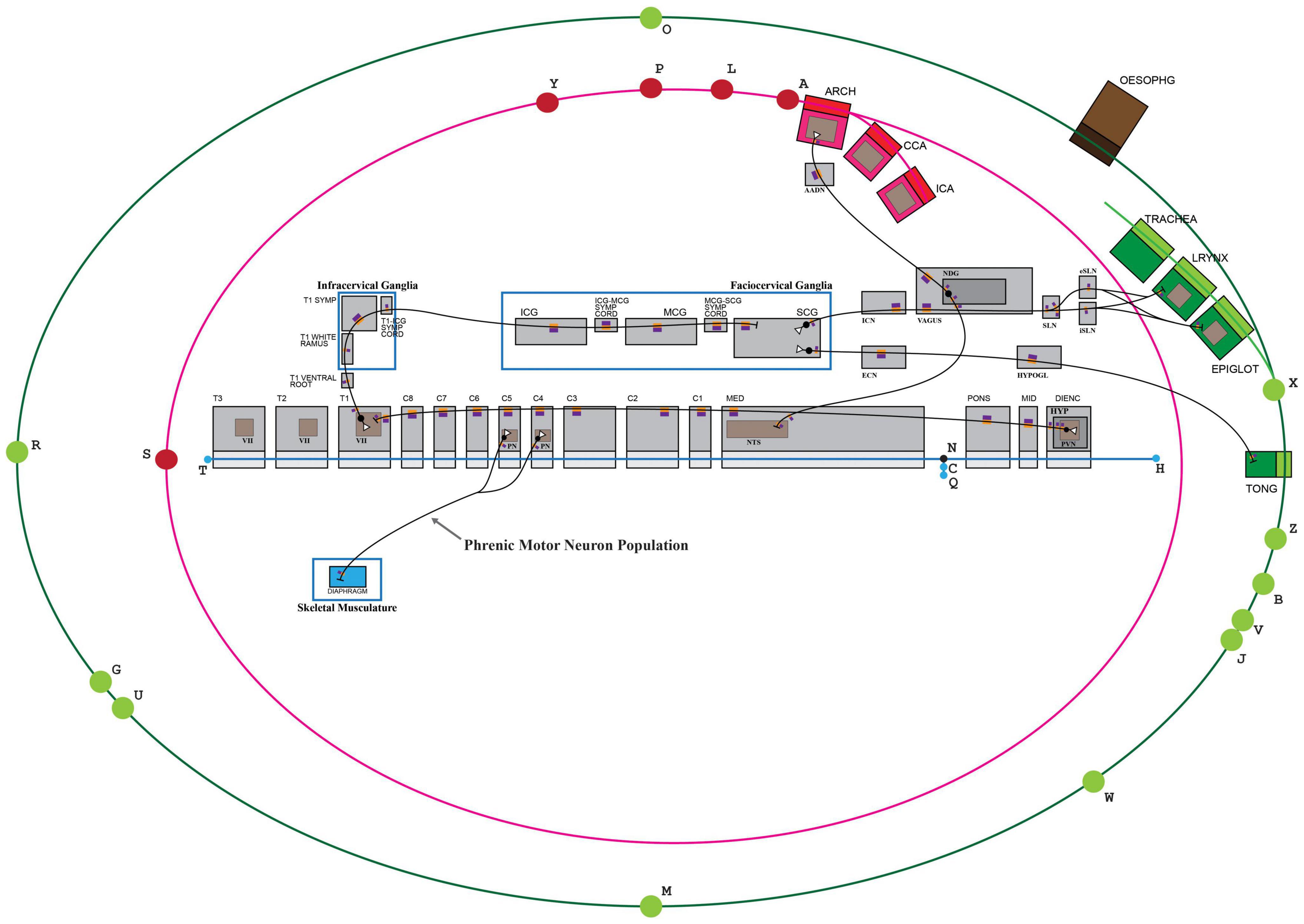 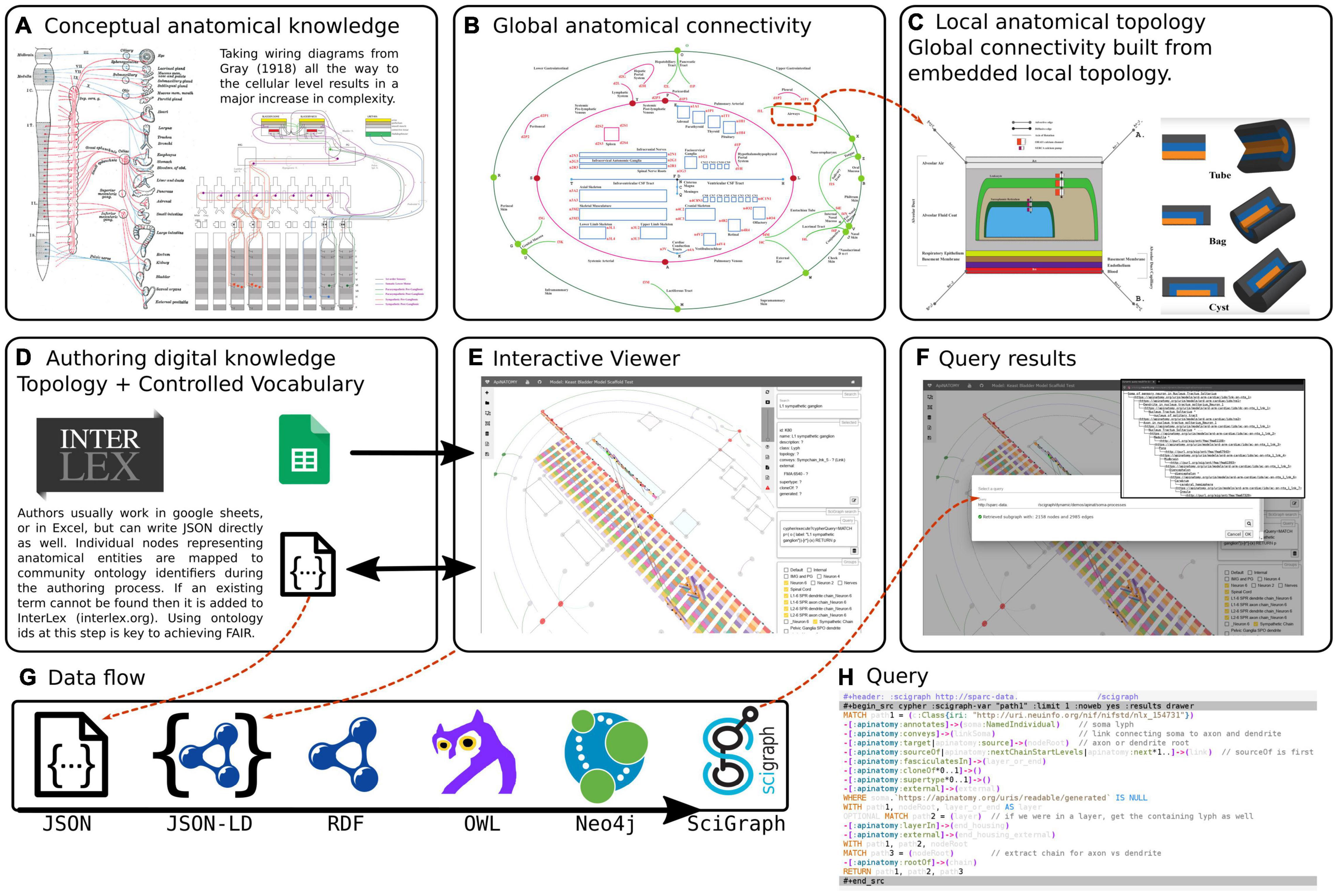 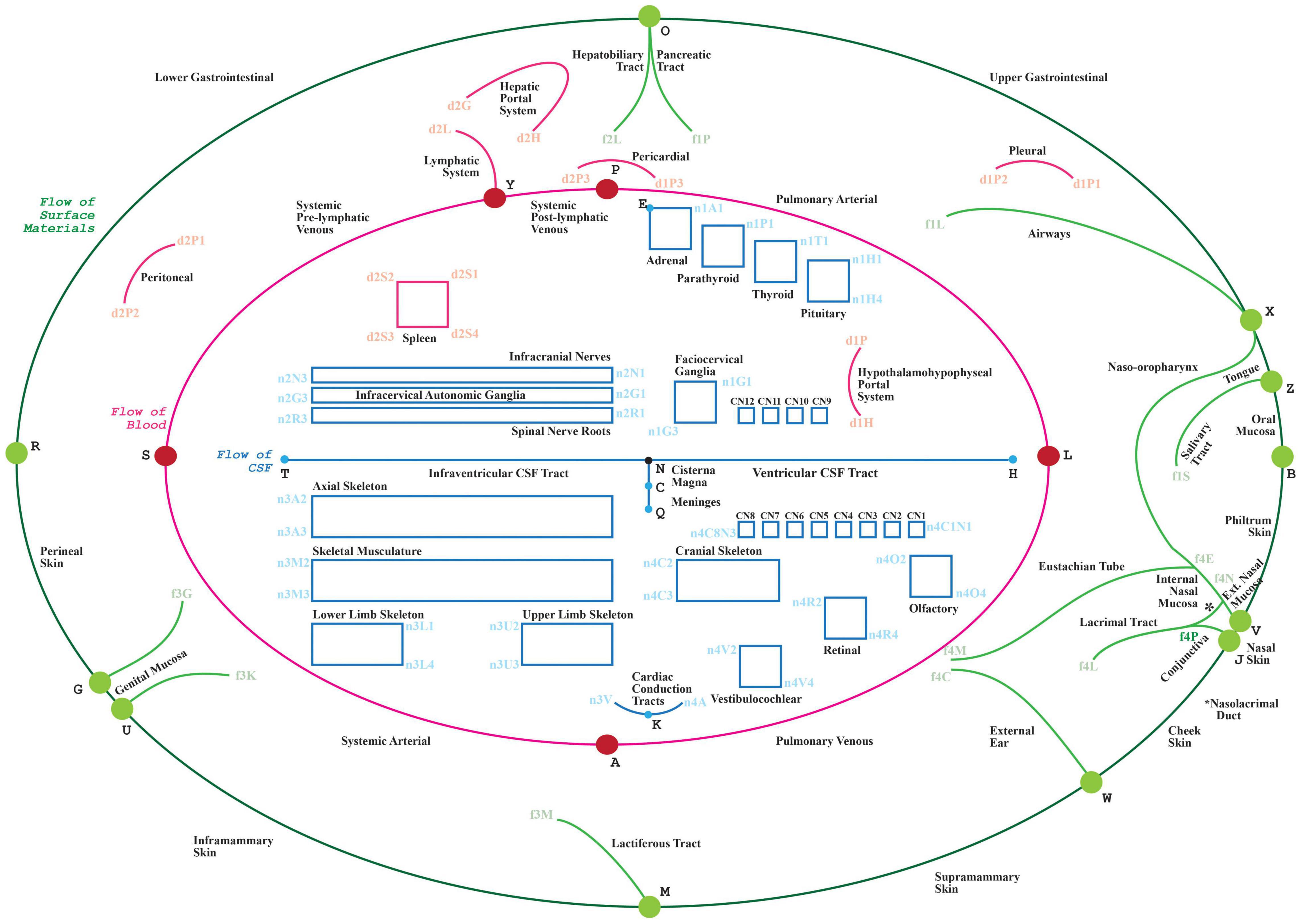 ApiNATOMY is a methodology for systematically representing mechanisms in physiology and pathology in their anatomical context using biological circuit diagrams. The goal of the ApiNATOMY project is to further develop the standardized methodology as a computational framework for simulating biological processes at multiple scales. At the core of the ApiNATOMY method are representations of biological flow processes (governing the movement of molecules, liquids, and electrophysiological signals) as graph edges, and biophysical structures that convey such processes as models of material conduits (using multiple layers of cylinders and spheres).

In ApiNATOMY, these material conduits, called "lyphs", are connected via edges to construct topological connectivity models that are semantically annotated with ontological terms using FAIR principles to represent models of flow in normal physiology and disease (e.g. electrolyte control by the nephron, the regulation of peristalsis in the colon, the control of continence of the bladder, altered blood flow routes in the tetralogy of Fallot, altered cytosolic flow in complement attack).

The ApiNATOMY method seeks to progress on the representation of biological pathways which, in the field of systems biology, has so far been primarily focused on databases depicting pathways of biochemical transformation from one molecular species to another. Specifically, ApiNATOMY manages knowledge about anatomical pathways that are represented in the form of conduit lyphs for multiscale transport (i.e. pathways of linked conduit compartments with variable permeability through which, for instance, molecular species or electrophysiological signals transverse).

Click this link to read more about ApiNATOMY on frontiers in Physiology: Representing Normal and Abnormal Physiology as Routes of Flow in ApiNATOMY

This ongoing project is a component of The Data and Resource Center (DRC) of the NIH-funded SPARC program, carried out in part by researchers at UC San Diego. Bernard de Bono is the principal investigator.

Key results
Automated layout of programmatically generated multiscale biological and anatomical models.
Graphical interface for model curation and inspection.
Saving of templates to be shared within the research community for iteration and standardization.
Talk to Our Experts