NetPyNE is a python package to facilitate the development, parallel simulation and analysis of biological neuronal networks using the NEURON simulator. 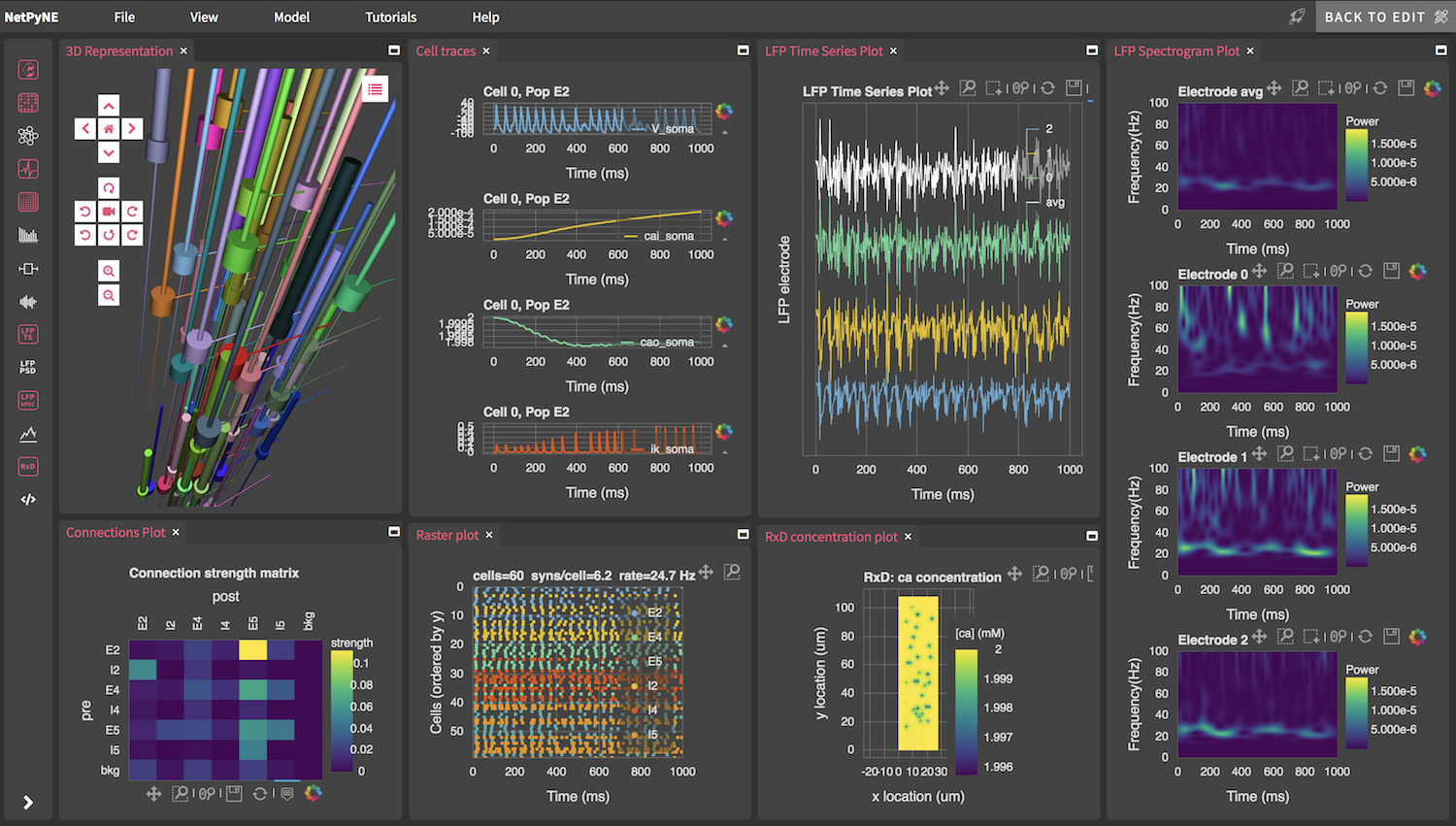 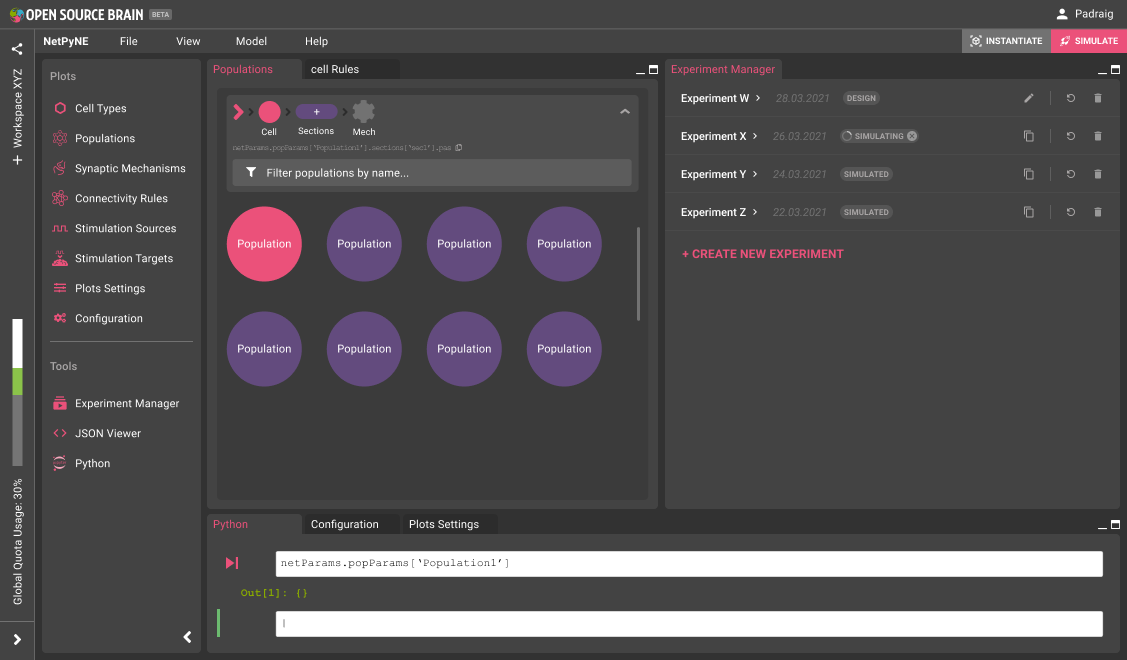 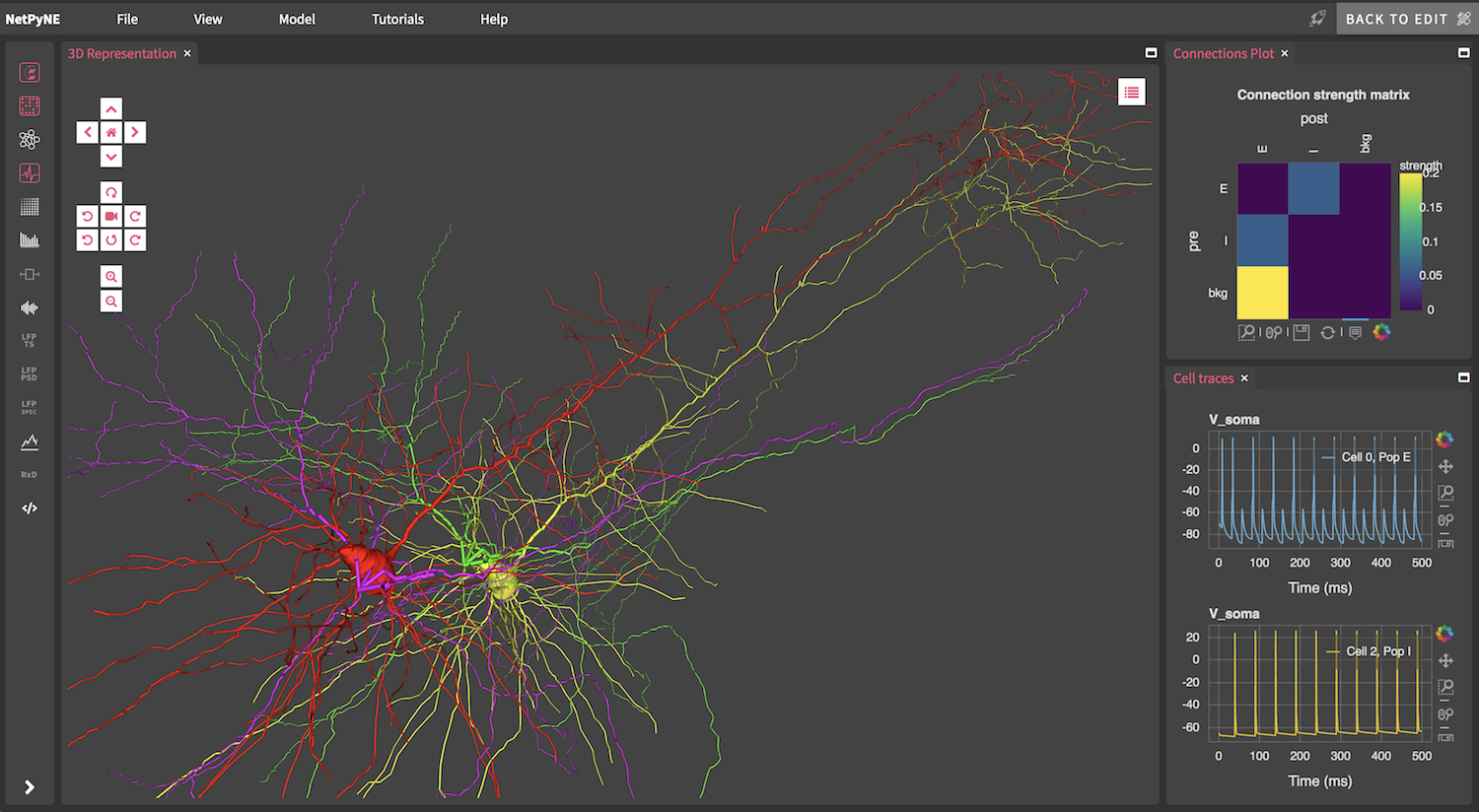 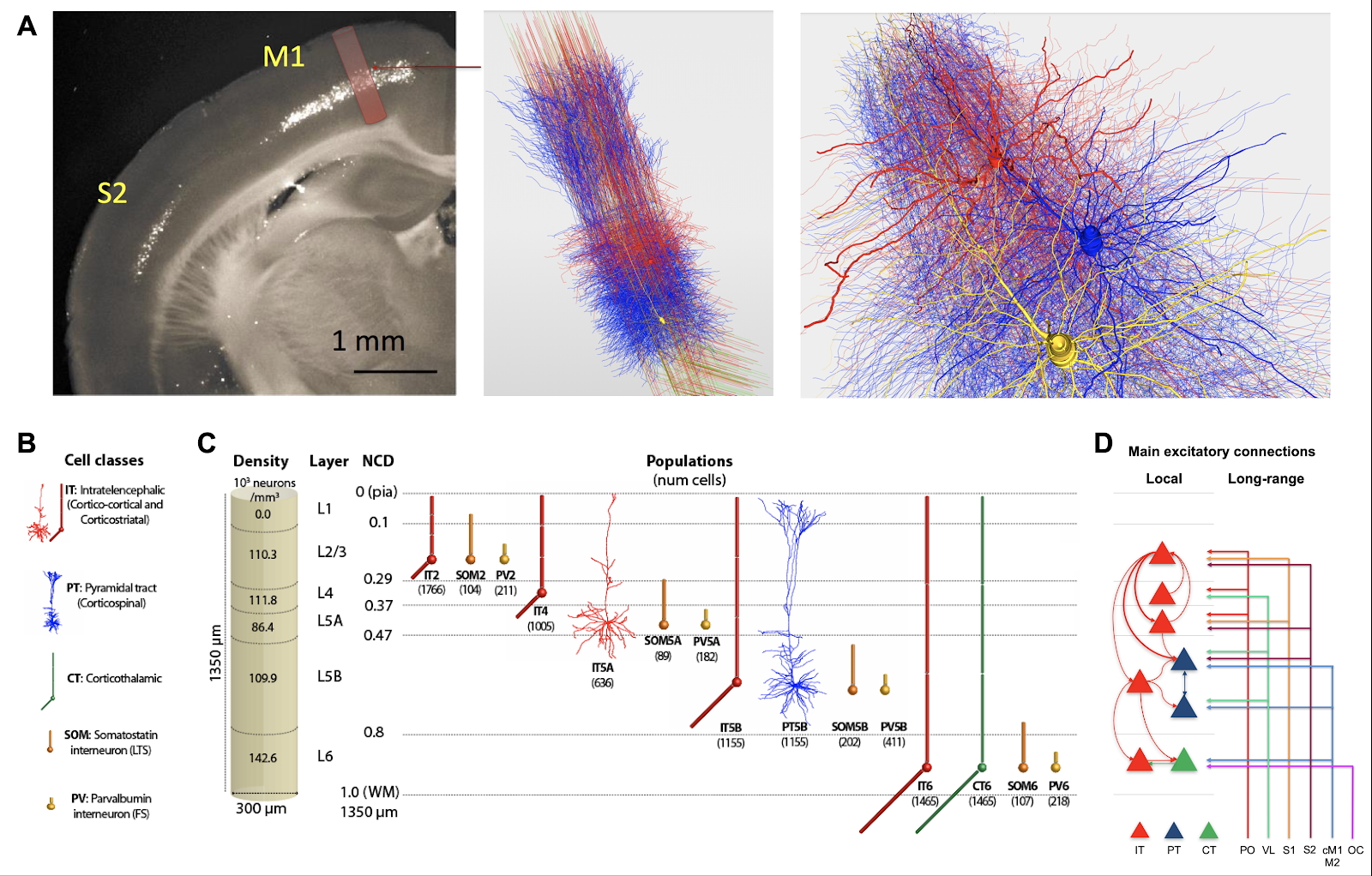 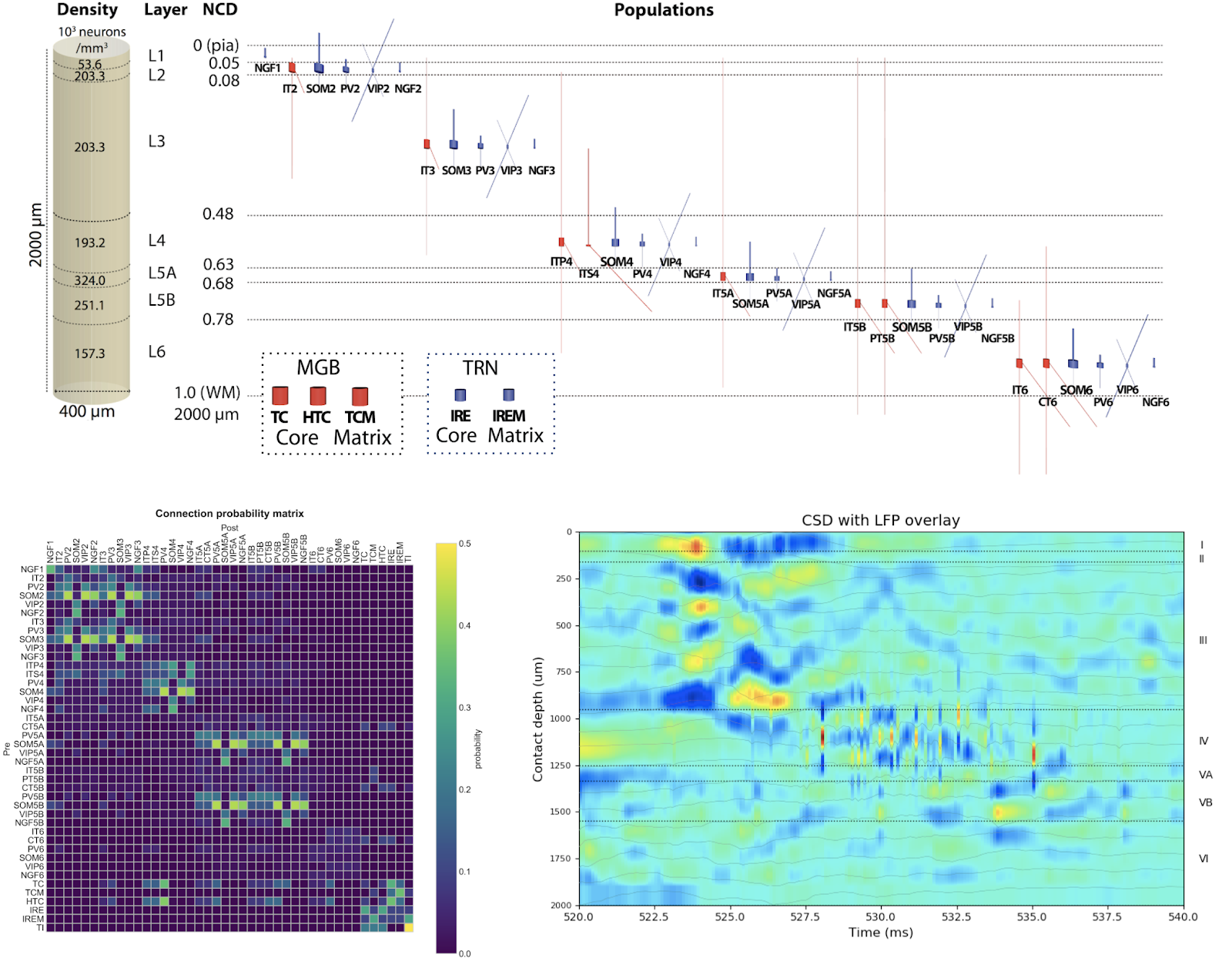 NetPyNE (Networks using Python and NEURON) is a project developed by SUNY Downstate and funded by the National Institute for Biomedical Imaging and Bioengineering at the NIH (U24 grant), the National Science Foundation (E-CAS grant), and the New York State Department of Health (SCIRB grant).

NetPyNE is an open-source Python package to facilitate the development, parallel simulation, analysis, and optimization of biological neuronal networks using the NEURON simulator.

What can I do with NetPyNE?

NetPyNE provides a user-friendly, declarative language and a graphical interface to build models of brain circuits by defining the properties of molecules, neurons, and networks of neurons. It also provides an easy way to optimize these properties to validate the models against experimental data. The software is unique in that it allows students and scientists without programming expertise to build sophisticated brain models.

What did MetaCell do for NetPyNE?

MetaCell developed the tool's graphical user interface NetPyNE GUI, which enables researchers to do everything they would normally do programmatically straight from a state-of-the-art and easy-to-use graphical interface. Through the web-based GUI, users can intuitively define their network models, visualize cells and networks in 3D, run simulations, and visualize and analyze data. The GUI includes an innovative, interactive Python console which enables users to have programmatic access to the computational model , making it incredibly easy to go back and forth between the coding and the intuitive user interface.

What are the results?

NetPyNE is rapidly gaining adoption by neuroscientists and is being increasingly deployed in the classroom to teach neurobiology and neural modeling. Over 40 labs have benefited from NetPyNE and have developed nearly 80 models of multiple brain regions and phenomena including:

The NetPyNE GUI is also now being integrated with two widely-used online neuroscience platforms: the Open Source Brain and the Human Brain Project E-BRAINS. This will allow interaction with online repositories to pull data and models into NetPyNE projects from resources such as GitHub, ModelDB, etc. These web platforms will significantly increase the exposure of NetPyNE and allow many more researchers and students to make use of it.

"We're excited to see the rapidly growing community of NetPyNE users. One of our ultimate goals is to make this tool user-friendly enough such that the 'non-computational community' can use it to, for example, predict outcomes of specific neuromodulatory techniques, or model circuit deficits underlying specific neuropsychiatric disorders like schizophrenia. The new GUI, developed with our partner MetaCell, is really impressive and is driving the continued success and adoption of the tool." 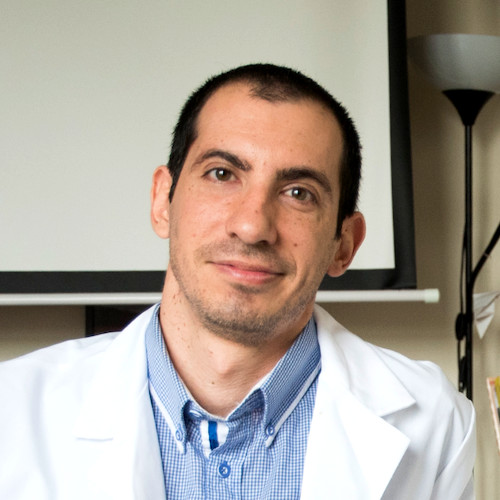